Going the Extra Miles for Tuhirangi

Baby Tuhirangi of the Thompson-Smith whānau has found a great way to clock up the k’s for the Ronald McDonald House Charities ® (RMHC®) New Zealand House to House Challenge: sitting in his stroller being pushed through the park by his Mum.

One day Tuhirangi might be walking or running the Challenge for himself. That’s a joyful thought for his parents, because just last Christmas they were facing the possibility that their baby boy may have no lower leg movement along with other long term difficulties.

With four wonderful little girls, Ngahuri Thompson was delighted to be having her first boy. However, “when I was five months pregnant, the doctor had told me that my son has spina bifida. I was really sad.”

With Spina bifida, a baby’s spine doesn’t fully seal around the spinal cord, leaving nerves incredibly vulnerable, especially if a baby like Tuhirangi is born with an open wound on his back.

To be as safe as possible, Ngahuri and her partner travelled 300km to Wellington to have an induced delivery.

Along with the worries of giving birth to a baby who might have a life-affecting disability, Ngahuri says, “we were really anxious, trying to think of where are we going to stay? How are we going to live down there? If we stay long-term, how would we pay?

The worry was overwhelming, so it came as a great relief to learn Dad had a place to stay right across the road from the hospital, at the Ronald McDonald House® in Wellington – free of charge.

They couldn’t wait to meet baby Tuhirangi.  Surgeons prepared for surgery within two days of Tuhirangi being born with the expectation that the Myelomeningocele was open.  However, surgery was not required immediately as the Myelomeninocele was covered by a thick layer of his skin.

That meant that Tuhirangi’s whānau got to stay in not just one of the Ronald McDonald House New Zealand programmes, but two.

The exposed nerves of his spinal cord could easily be damaged, so his Mum and Dad had to prepare for the worst. The surgery could go very well … or …

“That was one of the big things the surgeon said – that he could come out paralysed from the waist down.”

Those were the incredibly high stakes his worried parents were facing when they travelled to Auckland. It would have been unbearable to have had extra concerns over accommodation, distance from the hospital, even the costs of hiring a car, and parking. Tuhirangi’s Mum and Dad didn’t have to face any of those extra stresses. They were welcomed into the closest possible place to stay: Ronald McDonald House® Auckland. 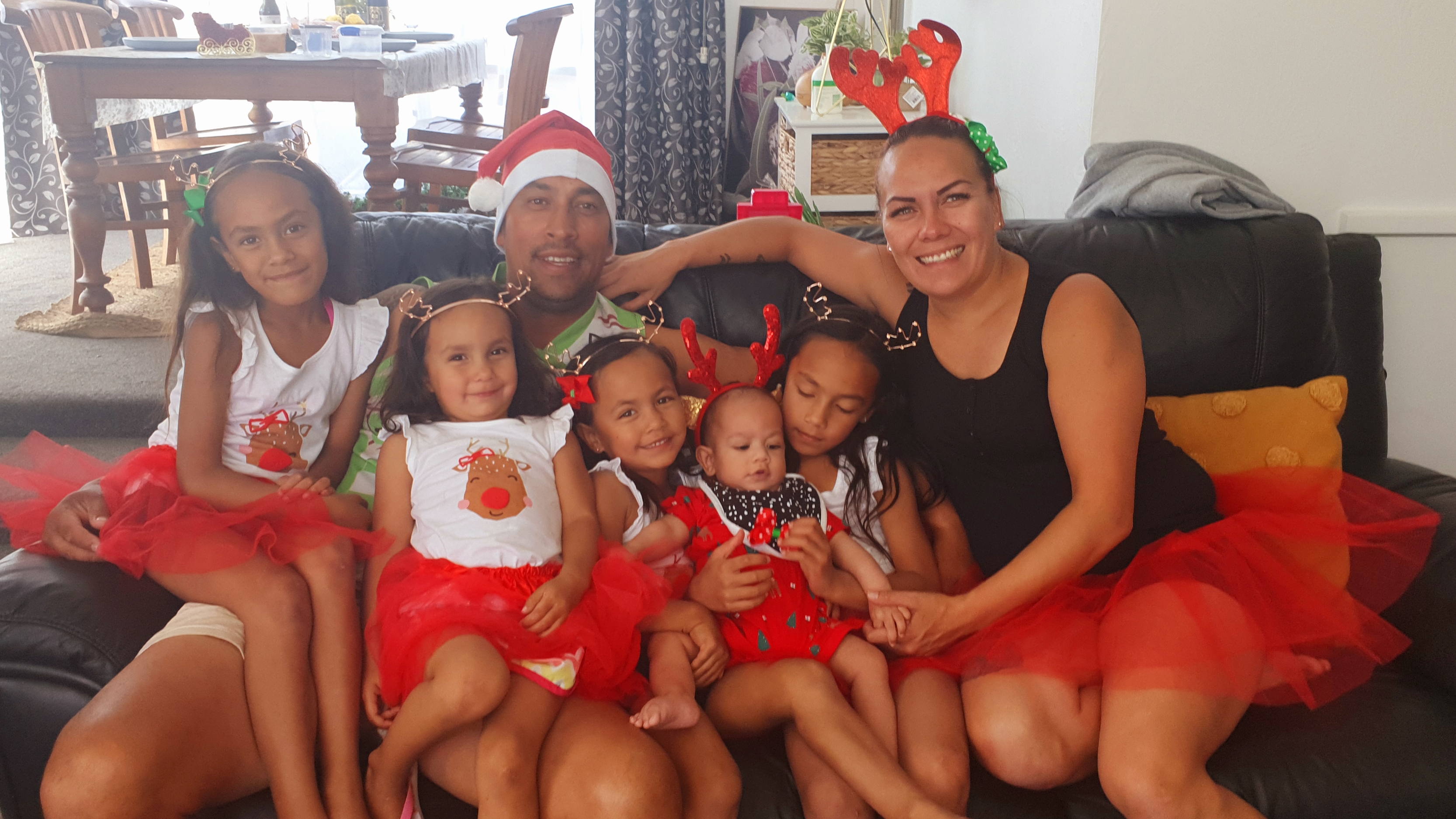 Before all this, RMHC New Zealand had never really been on their radar. “I thought, that’s where parents go for their sick babies, but I never thought one day we would end up needing to use the home.”

When they were first welcomed into Ronald McDonald House in Auckland, “we were overwhelmed. It was so beautiful!”

“We were just amazed with all the different things they had for families. They had the kids’ room. In Wellington they had a gym setup. The big communal area. The kitchen. We were like, whoah!

“This has helped heaps! It takes the stress off. Just knowing that when you’re there, you’re welcome.”

Three days before Christmas, baby Tuhirangi had his major surgery. Would it go well? The suspense was really tough on his parents. “Straight after the surgery, we just wanted to see if he could move his legs.”

Tuhirangi kept them waiting. “It wasn’t until the next day his legs started moving.” What a relief! “It was a really good outcome.”

Today he is doing very well. “He’s crawling around and rolling around. He’s moving his legs.” It’s a blessing, and is yet to show any other symptoms and Ngahuri says,  “If no-one knew what he had, you would just think he was a normal kid.”

This is how Tuhirangi’s Mum and Dad came to form Team Thompson-Smith for the RHMC New Zealand House to House Challenge this March. 210km is the average distance the families supported have to travel from home when their child is in hospital. The Thompson-Smith whānau had to travel a lot further than that. 300km to Wellington and more than 400km to Auckland.

The Challenge really is a challenge for Ngahuri. She loves sport, but “I’m not a fan of running.” So Mum and Dad are splitting the 210km between them. “He will probably run and I’ll probably walk – and that will be with my son. We live just across from a park.”

Many friends and family are sponsoring their Challenge. “They know some of our journey. That’s enough for them. We’re ready to be open about what my son is going through – and hopefully inspire others. It’s a good cause. It’s to help our children.”

As they say on their House to House fundraising page, “As a whanau we have been very grateful to be able to stay in the Ronald McDonald Houses on several occasions. Our whānau have always felt welcomed, safe and looked after. I welcome you to join us on our blessed journey … for our baby boy. Please help me help them by giving whatever you can using the 'Give Now' button.”

Thank you to those going the extra mile and participating in our House to House challenge. You are making a difference to the lives of families, like the Thompson-Smith whānau, whose child is in a hospital away from home.