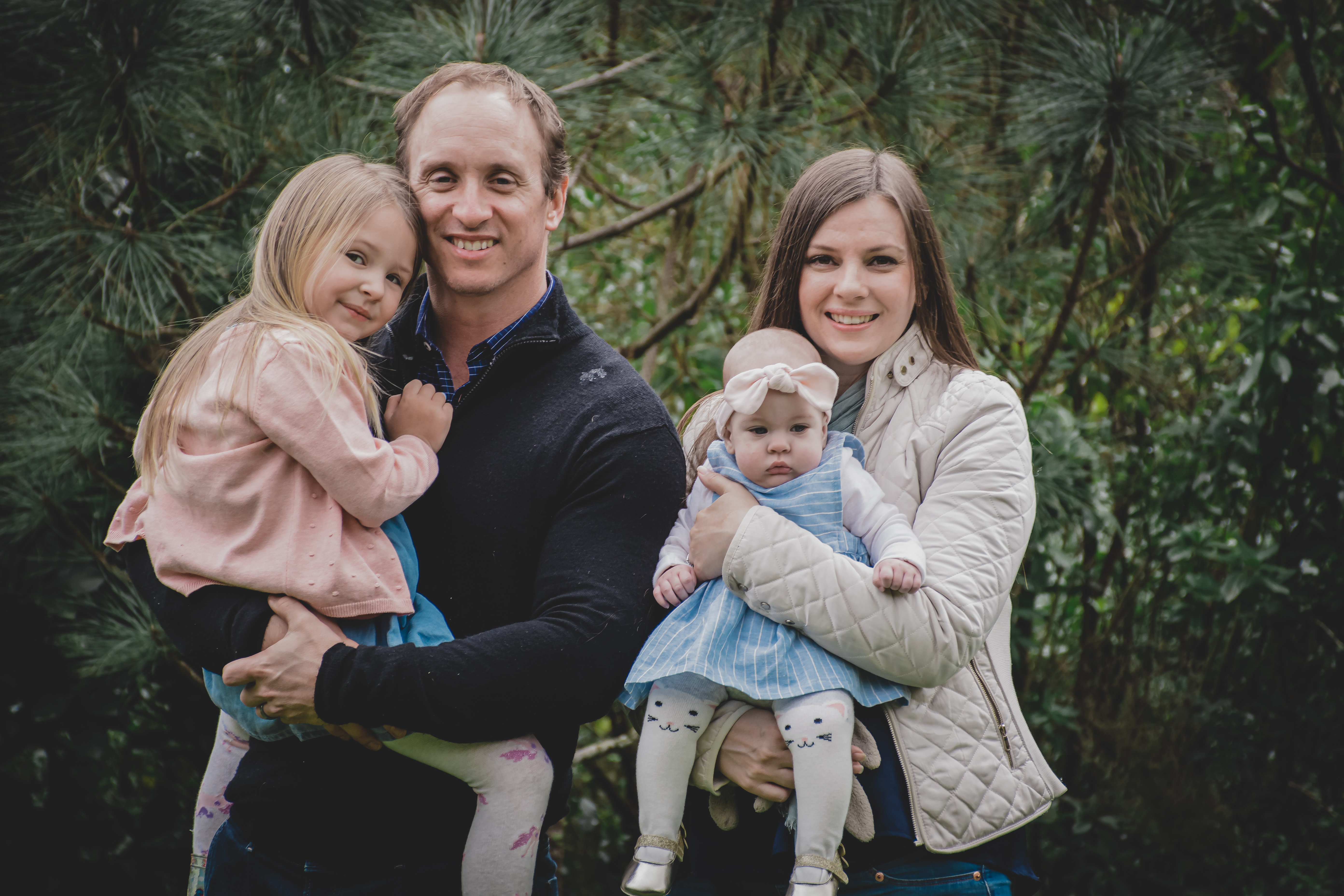 The Amon family from Palmerston North has spent over 100 nights at Ronald McDonald House Wellington over the past few years for two separate medical journeys. James Amon (father) didn’t know very much about the support that RMHC New Zealand provided until his family’s world was turned upside down in 2018.

Selina Amon was pregnant with twins when at 23 weeks she went into labour and was rushed to Wellington hospital where the twins Halle and Hugo were born prematurely. Sadly, the family had just two weeks with the twins before they passed away. During this time, Selina, James and two year old Kenzie were able to stay at Ronald McDonald House in Wellington.

“Without RMH down there we just really would have struggled to have made it through this incredibly difficult time. It was the only thing that held everything together and was reassuring that we were right across the road from the twins. We had the support, every other stress was taken away. That comfort, in a pretty bad time, it was just priceless. You could never put a figure on just how important that is.” – James Amon

When it came time for the family to go home, James said the staff at Ronald McDonald House in Wellington said: “It has been so nice to meet you, but I hope we never have to see you again”. James said these words always stuck with him, particularly as unfortunately in 2020 the Amons needed to stay at the House again for a second medical journey.

In 2019 James and Selina were expecting another baby. They were already anxious about the pregnancy after losing their twins. At their 12 week scan, they were told that everything looked normal. However, when they returned for their scan at 20 weeks, they were told there was a problem.

“The sonographer was mid-scan and had to step out of the room. We were panicking as we saw the look on her face.”

After a trip to Wellington to see the specialists, they found out that they didn’t know if their baby would make it through the pregnancy, and then would need surgery as soon as she was born. "Our only saving grace was that we knew we were going to be back in Wellington with a medical team lead by Professor Mark Stringer and we knew we would be able to stay at Ronald McDonald House.”

The Amons arrived in Wellington on 23 January 2020 for another scan, and stayed at Ronald McDonald house as Selina was so uncomfortable. Baby Evie was born by emergency C-section on the 24th of January. She was 1 day old and was in surgery for 6-7 hours.

Evie spent another four months in hospital. This meant that the Amons continued to stay at Ronald McDonald House during the COVID-19 lockdown.

After spending 4 weeks in NICU, Evie was diagnosed with Hospital-acquired Meningitis. It was a very scary time as the family once again didn’t know if she was going to make it.

During Level 4 lockdown, Evie was transferred to Palmerston North Hospital but was then transferred back to Wellington hospital to have more surgery as a complication of the Meningitis.

Fortunately, Selina and James were able to once again stay at Ronald McDonald House in Wellington and received support to help during their hospital stay.

“Without RMH and what they did for Selina during that time… it was bloody scary for her so I don’t know what we would have done. It was just amazing. The ladies [at Ronald McDonald House] were cooking meals for Selina and other guests… they were providing them with EVERYTHING they needed. And god that made me feel pretty awesome that I knew she was being looked after, a big weight off her shoulders.” said James.

When James saw there was an opportunity to help raise some money for RMHC New Zealand he signed himself up for House to House. “I know there are family groups that have a lot more stays than us, but with Evie alone we stayed 134 days in that first stint. The twins were two weeks so we are probably over 160 days and you break that down to $210 a day. That’s why when I found there was a chance to fundraise, I signed up.”

“Everyone knows I hate cardio, I work in a gym as a strength and conditioning coach but I hate cardio so why would I sign up for a cardio challenge! Here was my chance to not only raise money but also to raise awareness. You may think you will never need Ronald McDonald House. The more awareness you can raise the more that people can get connected with RMH and realise this is something they can get behind.”

House to House was disrupted by COVID-19 in 2020 but this didn’t stop James from completing the challenge. On top of that, James was trying to complete House to House during Evie’s first and second hospital stays. To help, James got his hands on a WATT bike and completed the challenge from his living room. According to James, Kenzie was his number one supporter. “I just smashed that with my little toddler support next to me going “Go, Dad, Go!”

RMHC New Zealand is focused on keeping families together and this meant Kenzie (3) was able to stay in the House with her family. “She prefers being there than at home. There is so much to do. She’s crafting, she’s playing in one of 2 or 3 playgrounds. She has play stations and all of that. It is more than a home away from home. It is like a holiday away from home for her.”

"I think the message I want to get across to people is, that RMH really helps you out in your ultimate time of need. I will be supporting them for the rest of my life.”

“The staff [at Ronald McDonald House in Wellington] become part of your extended family. It just becomes part of us. There is obviously parts of our history that have caused us a lot of heartache and suffering but because of everyone helping us out it is kind of hard to just let it go. We are forever in debt, by raising money, raising awareness, things like that it’s just the least we can do.”